Jatropha proves to be a promising Biofuel plantation and could emerge as a major alternative to diesel thus reducing our dependence on oil imports and saving the precious Foreign Exchange besides providing the much needed energy security. Jatropha oil displacing conventional fossil fuel makes the related project fully eligible. The Jatropha plantation primarily focuses cultivated green biodiesel as an alternate source of fuels that can propel engines, generators and transportation as well as power generation in the future and replace existing sources. The main factor that makes the major difference is the cost of the bio fuel that it can be made cheaper than the petro diesel and on a long term basis without affecting the operational economics. Ashwagandha (also called as, Indian Ginseng), Stevia a natural non caloric sweetener, Brahmi (brain tonic) and Jatamansi are the important herbs which have very good medicinal values. Ashwagandha increases the count of white blood cells and prepares the body to produce antigens against various infections and allergies. It is also considered as a tonic for the heart and lungs as its regular intake controls the blood pressure and regulates the heartbeat. It has a strong nourishing and protective effect on the nervous system. Ashwagandha has been used as a sedative, a diuretic, a rejuvenating tonic, an anti inflammatory agent, aphrodisiac and an immune booster. It is especially beneficial in stress related disorders such as arthritis, hypertension, diabetes, general debility, etc. It has also shown impressive results when used as stimulants for the immune system. It is considered as an adaptogen that stimulates the immune system and improves the memory. Stevia also known as the sweet leaf which is an all natural sweetener, derived from a plant called stevia rebaudiana. It has no calories, no carbohydrates, and it has a glycemic index of zero, which makes it the sweetener of choice for many diabetics all over the world. The herbs are carefully nurtured and harvested at only certain times of the year. Stevia comes in many forms; stevia supreme, stevita ultimate stevia, stevita liquid stevia, fruit flavoured stevia and many more. Brahmi is used as a herbal brain tonic, to rejuvenate the body, as a promoter of memory and as a nerve tonic. It improves memory and helps overcome the negative effects of stress. It is unique in its ability to invigorate mental processes whilst reducing the effects of stress and nervous anxiety. Brahmi induces a sense of calm and peace. Brahmi has gain worldwide fame as a memory booster and mind alertness promoter. Jatamansi has the power to promote awareness and calm the mind. It is a very useful herb for palpitation, tension, headaches, restlessness and is used for promoting awareness and strengthening the mind. It aids in balancing the body of all three Ayurvedic doshas. This herbs sedative properties increase awareness, as opposed to valerian that dulls the mind. Aromatic, antispasmodic, diuretic, emmenagogue, nervine, tonic, carminative, deobstruent, digestive stimulant, reproductive some of the properties of Jatamansi herb. This book is describes about the medical properties, important uses and applications, cultivation, chemical constituents, harvesting and post harvesting, yield and other properties of herbs like safed mulsi, brahmi, jatamansi, ashwagandha, senna, shatavari and more. This book also deals with biodiesel, biofuel and petro crops : an alternative to conventional fuels, the potential of jatropha curcas in rural development and environment protection, prospects of expanding market for use of jatropha oil, jatropha: potential as insecticide/pesticide etc.The present system of medicine is gradually gaining popularity mainly because of less or no toxic or side effects of herbal drugs. So, these herbs have very good future prospects globally. This book contains cultivation, processing and uses of Jatropha, Ashwagandha (Withania somnifera), Stevia rebaudiana, Brahmi (Bacopa monnieri) and Jatamansi (Nardostachys Jatmansi DC.). This book will prove to be an invaluable resource for researchers, technocrats, agriculturist, agriculture universities etc.

Other Products in 'Herbal and Medicinal Products Books' category 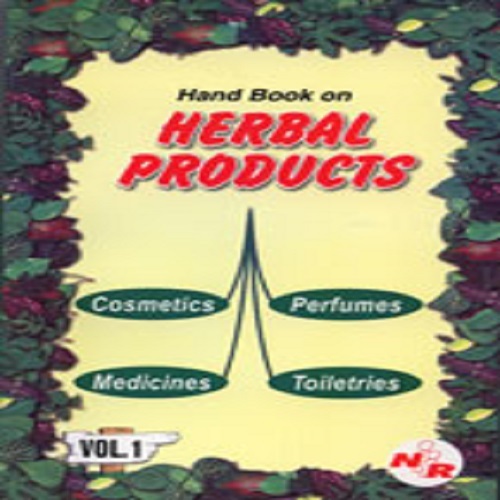 +918071858931202
×
There is some error, Please try again later.
×
Get a price quote for The Complete Book on Jatropha (Bio-Diesel) with Ashwagandha, Stevia, Brahmi & Jatamansi Herbs (Cultivation, Processing & Uses)
×