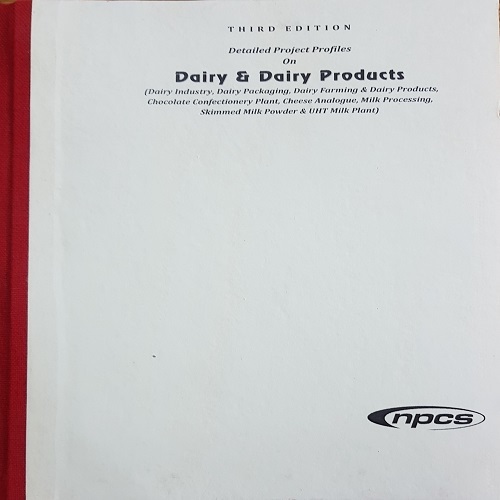 Dairy products, milk, and milk-based foods such as butter, cheese, ice cream, yoghurt, and condensed and dried milk are all examples of dairy products. Milk has been utilized by humans to supply both fresh and storable nutritious foods from the beginning of recorded history. Almost half of the milk produced in some countries is eaten as fresh pasteurized whole, low-fat, or skim milk. The majority of milk, on the other hand, is processed into more stable dairy products that are sold all over the world, such as butter, cheese, dry milks, ice cream, and condensed milk.

Cream is a dairy product made from the higher-fat layer of milk that is skimmed off before homogenization. The fat in homogenized milk rises to the top because it is less dense. This process is enhanced in the industrial manufacture of cream by centrifuges known as "separators." It is sold in many grades in several countries, depending on the overall butterfat percentage. It includes significant levels of saturated fat and can be dried to a powder for transportation to distant markets. To distinguish it from cream skimmed from whey, a by-product of cheese production, cream skimmed from milk is referred to as "sweet cream." Whey cream is lower in fat and has a saltier, tangier, and "cheesy" flavour.

Butter is a dairy product created from churned cream's fat and protein components. At room temperature, it's a semi-solid emulsion made up of approximately 80% butterfat. It can be used as a spread at room temperature, melted as a condiment, and as an ingredient in baking, sauce making, pan frying, and other cooking methods.

Yogurt, sometimes known as yoghurt, yogourt, or yoghourt, is a dairy product made from the fermentation of milk by bacteria. Yogurt cultures are the bacteria that are used to manufacture yoghurt. These bacteria make lactic acid by fermenting carbohydrates in milk, which reacts with milk protein to give yoghurt its texture and acidic flavour. The most frequent milk used to produce yoghurt is cow's milk.

Cheese is a dairy product made by coagulating the milk protein casein into a variety of flavours, textures, and shapes. It is made out of proteins and fat from cowâ€™s milk. To force the casein to coagulate, the milk is frequently acidified and enzymes such as rennet or bacterial enzymes with similar activity are added. After that, the solid curds are separated from the liquid whey and squeezed into cheese. Aromatic moulds can be found on the rind, outer layer, or throughout some cheeses.

Custard is a term used to describe a range of culinary preparations made with sweetened milk, cheese, or cream that has been thickened with an egg or egg yolk, as well as flour, corn starch, or gelatin. Custard can range in viscosity from a thin pouring sauce to a thick pastry cream used to fill Ã©clairs, depending on the recipe. Custards are most commonly found in custard desserts or dessert sauces, and typically contain sugar and vanilla; however, savory custards, such as those found in quiche, are also widespread.